Thank goodness for Stanford University. Without it, the City of Palo Alto may not exist – or at least not as how we know it today. Read on to learn about one of the most vibrant cities in Silicon Valley.

Getting around in Palo Alto

Commuters in Palo Alto use the area’s two major freeways, Highway 101 and I-280. SR 82, El Camino Real, is the city’s major thoroughfare while SR-84 allows access to the Dumbarton Bridge.

Residents who prefer to commute via mass transit have several options. Caltrain services Palo Alto to San Francisco and San Jose with two stops. Santa Clara Valley Transportation Authority (VTA) busses get folks around town as well as to other parts of Silicon Valley.

A free shuttle offers residents rides around the city.

The city’s somewhat flat terrain and abundance of bike lanes is conducive to commuting by bicycle, something nearly 10 percent of residents take advantage of.

About 80 percent of Palo Alto residents older than 25 hold at least a 4-year college degree, thus earning the city the distinction of being California’s most educated city.

Education is important to residents and home prices can be directly tied to the quality of nearby schools. Whether or not you have or plan to have children, a quality school district positively impacts home values.

The highest performing schools in the district include:

Many Palo Alto parents choose private schools for their children’s education and the city has many. Some of the more popular include:

Business and industry in Palo Alto

The city does, however, have its share of tech company headquarters, including Hewlett-Packard (HP, Inc.), Skype, Palantir Technologies and others. Google, Logitech, PayPal, Facebook and Pinterest were all “incubated” here in Palo Alto.

The Palo Alto Art Center, a City of Palo Alto project, was created in 1971 to provide area residents with “ . . . an accessible and welcoming place to engage with art.” About 90,000 people enter its doors every year to participate in a variety of programs.

The Pacific Art League offers several galleries and monthly exhibitions. Some of these have included works of photography, “Landscapes, Seascapes and Urbanscapes” and “Science, Technology and the Future of Art.”

Some of Palo Alto’s more popular annual events include:

Whether it’s grocery shopping, back-to-school clothes for the kids, gifts or home improvement items, shoppers have met their match in Palo Alto.

The Stanford Shopping Center offers something for just about everyone, from Bloomingdales, Neiman Marcus and Nordstrom to nearly 150 other retailers and eateries. Stroll through the art-filled gardens and purchase items such as flowers and fresh-roasted coffee from the center’s street market.

Town & Country Village is also a local favorite as well as a Palo Alto institution. Here you will find specialty stores, services and yet more dining opportunities.

If you’re on the hunt for something truly unique, visit downtown Palo Alto. Plan on making an afternoon of it because those outdoor cafes definitely beckon.

Speaking of cafes, Palo Alto residents have an amazing array of restaurants from which to choose. The most popular offer Greek, Italian, French, Middle Eastern and Indonesian cuisine. Seafood, vegetarian and anything “fusion” also ranks highly among Palo Alto residents.

Getting outdoors in Palo Alto

The City of Palo Alto is home to 162 acres of developed urban parkland and another nearly 4,000 acres of open space to get out into and exercise, relax, explore and have fun.

Larger developed parks include Mitchell, Greer and Rinconada. Mitchell Park offers tennis courts, athletic fields and plenty of places to walk. The playground is brilliant, with a life-size dollhouse for the kids to play in and sound effects triggered when they walk by different sections. Mitchell also offers one of the more popular dog parks in the city as well.

Rinconada Park is a favorite for its swimming pool, tennis courts and two playgrounds. Plus, its handy location puts it within walking distance of the Palo Alto Junior Museum & Zoo.

For less-structured outdoor recreation, head to Arastradero Preserve. Here you can take to the more-than 10 miles of biking, equestrian and hiking trails, hike to and drop a line into Arastradero Lake or just watch the wildlife (deer, coyotes, bobcats and lots of birds).

Pricey homes that only increase in price each year — that’s the story of the Palo Alto housing market. In fact, according to Business Insider, the median price of a home here doubled over a five-year period.

But this hasn’t stopped the buying frenzy in this in-demand Silicon Valley location. Homes listed in late summer and early fall in 2016 flew off the market in less than one week and most sold for more than their list prices.

So, Palo Alto real estate is obviously a good investment. It’s also an amazing place to call home. You’ll find a variety of home styles here, and a diverse array of neighborhoods. Downtown real estate, for instance, includes an eclectic collection of condos and vintage homes. The Green Gables neighborhood features large homes, some of them Eichlers. More affordable homes can be scored in the Ventura neighborhood in Palo Alto.

Expect to pay in the high $700,000s for an entry-level condo or townhouse in Palo Alto and a minimum of $1.3 million for a single-family starter home (1 bedroom, 1 bathroom, under 700 square feet of living space). Step up to an additional bedroom for $2 million.

The luxury home market, however, is where Palo Alto really shines. The top of the market is typically priced around $18 million and the homes are spectacular.

Please contact us if you’d like to learn more about the community, tour the homes for sale in Palo Alto or be kept up-to-date on new listings. We’re happy to help. 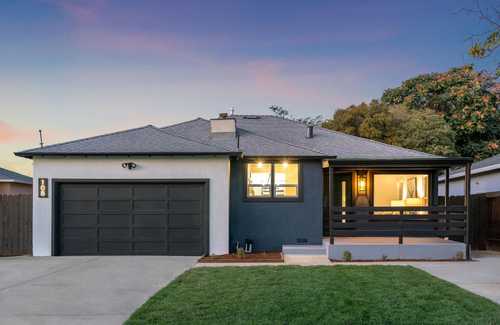 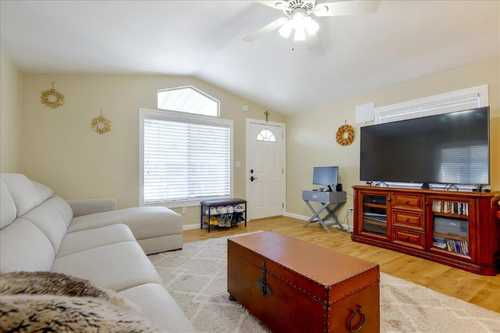 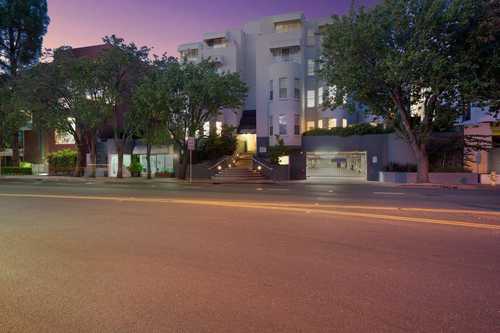 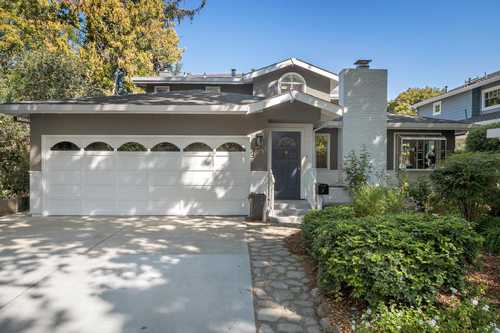 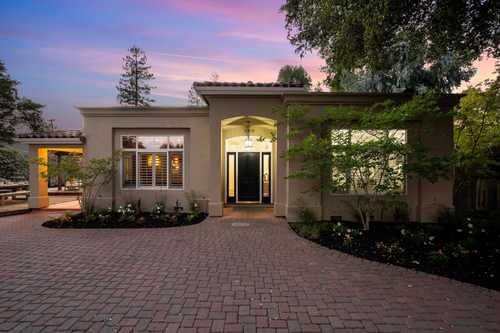 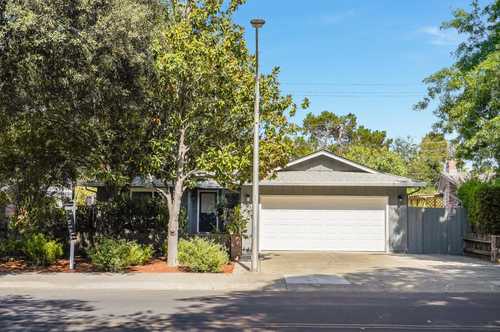 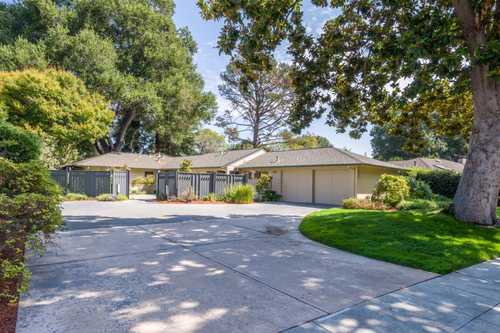 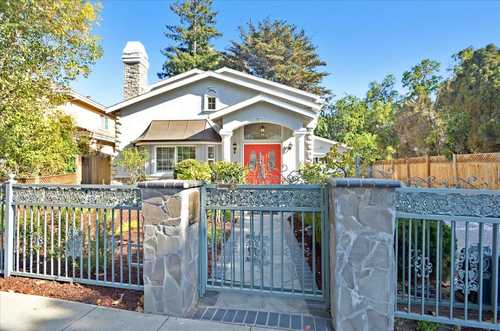 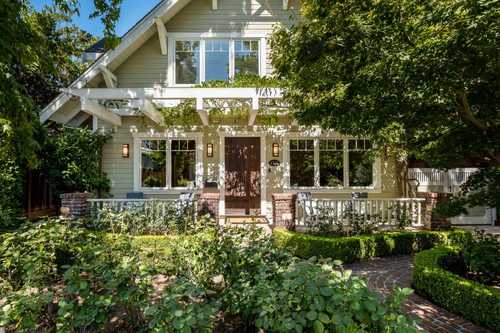 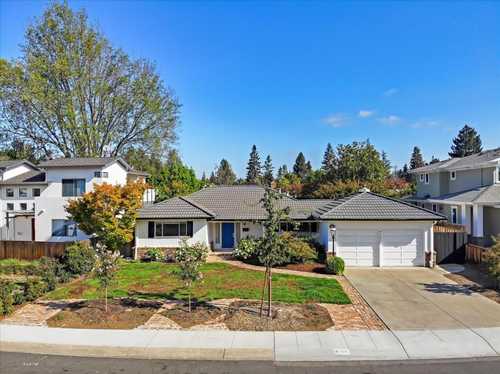 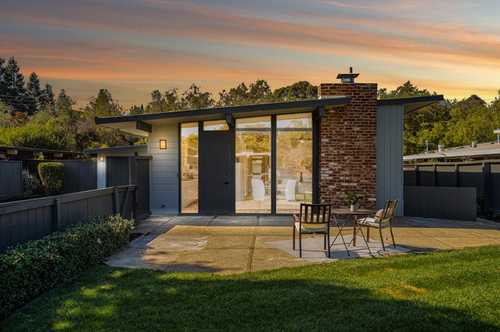 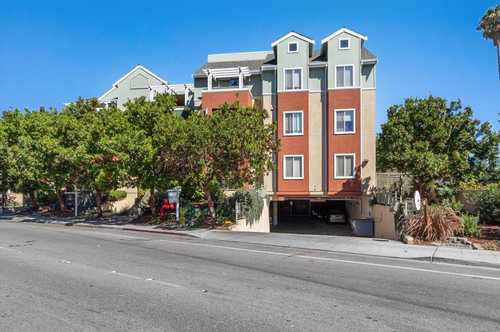